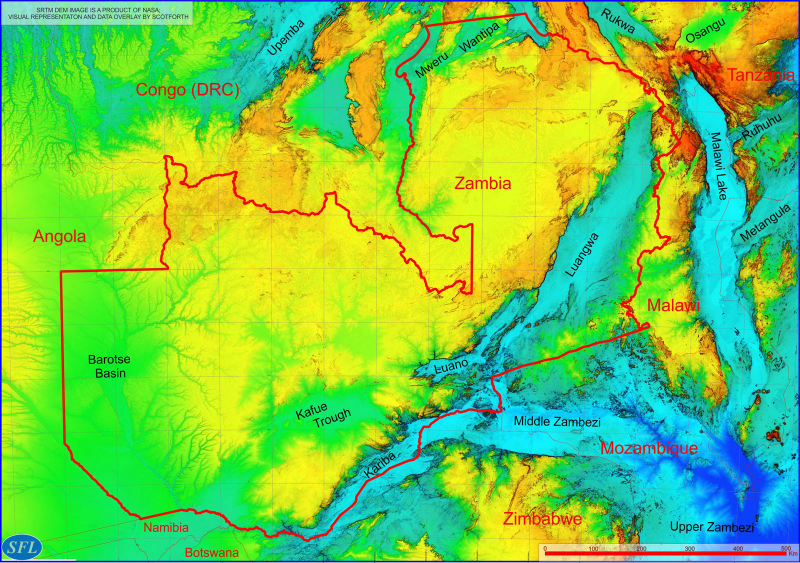 The East African Rift System (“EARS”) has had considerable exploration interest over the past five years with the main successes coming from the Albertine Rift of Uganda and now, more recently, the Lokichar Basin of Kenya.

It is all too easy to focus just on these hotspots and in particular on the Neogene rifts.  However, there is a great deal more petroleum potential to pursue in this vast region.  The virtually unexplored sedimentary basins of Zambia offer one such pursuit.

Basins: Zambia’s SW-NE oriented chain of late Palaeozoic to early Mesozoic “Karoo” rift basins contain up to 8 kilometres of section, primarily of late Carboniferous to Triassic age. This includes the 600 x 80 kms Luangwa Rift Basin, the Lukusashi/Luano Troughs and the Zambezi/Kariba Basin that extends eastwards into Zimbabwe and Mozambique.  The Kafue Trough in the south of the country is of similar age.  These are tectonic extensional basins, partially offset from each other by shear zones and basement highs. Some have clear post-sedimentary inversion tectonics.

The Barotse Basin in the west of the country has had a somewhat different geological history and presents both Karoo and pre-Karoo section, largely covered today by Tertiary Kalahari Group clastics. Younger (Jurassic) Karoo volcanics are common.  The basin is highly faulted in the south-east with a dominant NW-SE and orthogonal second order NE-SW tectonic architecture. It has a primary half graben asymmetry at Karoo levels. This may also be the case along strike further to the northwest.

In the northeast of the country additional basins (possibly of multiple ages) also occur around the large Bangweulu basement block. They are similarly at the beginning of their petroleum exploration journey.

Petroleum Systems: There are no proven working petroleum systems in the country but the Karoo Supergroup contains lacustrine section and coal formations, as found elsewhere in many of the Karoo rift basins of the region. The lower Karoo interval is essentially unpenetrated in the early rift depocentres so it remains possible that in addition to probable natural gas souring from the coals there may be oil prone source rocks developed more locally.

Regionally (such as in the nearby middle Zambezi or Cabora- Bassa Basin), most Karoo coals have reached the wet gas to dry gas window in the Karoo coalfields (considerable post-Karoo erosion) so source rock maturity in the rift basins is probable.

Further west in Barotse, it is also possible that where present, the lower Palaeozoic to uppermost Neo-Proterozoic section will contain marine section of possible oil source rock facies. The maturity status of this older series is unknown

For present, the “Petroleum Systems” of Zambia are “speculative to possible” but not without merit.

RSDD-H Indicators (HLIs): Scotforth has screened most of Zambia’s basins over the past three to four years and has observed encouraging anomalous patterns in several districts. Some of these appear suitably coincident with the tectono-stratigraphic framework of their settings to suggest the possible presence of working petroleum systems and indeed of new exploration focus areas with sizeable leads (below). 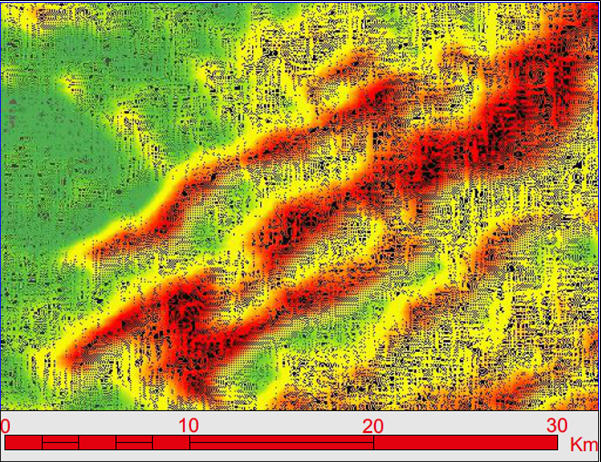 Scotforth is positioned to provide clients with early prospectivity insights into Zambian basins, map licence areas and advise on acreage choices:  This email address is being protected from spambots. You need JavaScript enabled to view it.