DHM in the Eromanga Basin, Queensland - A New Product Offering 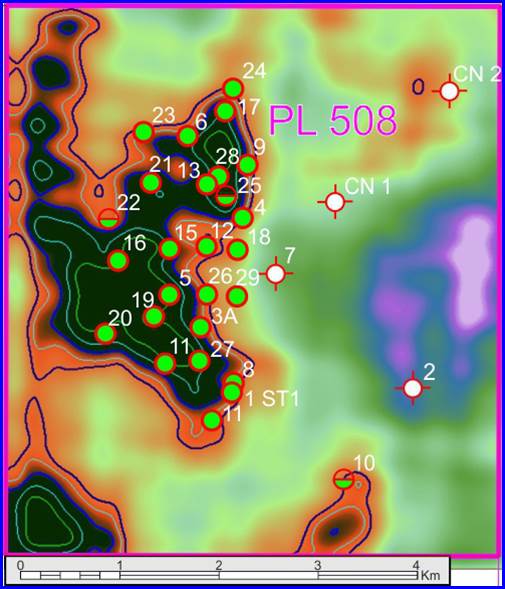 Industry knowledge of the petroleum habitats of the Cooper and Eromanga Basins has been developing for over half a century. However the emerging DHM patterns suggest more fields await discovery than might be “conventionally” expected and some fields have further undeveloped potential.

There are many proven fields both in the Palaeozoic (Cooper) and in the more extensive Mesozoic (Eromanga). Under Scotforth’s petroleum endowment classification this is a moderate richness, moderate density, moderately mature province. It still has future potential with much of Eromanga still little drilled.

Scotforth has been DHM surveying in the Cooper and Eromanga Basins (CEB) for over five years and now ranks it highly as an effective DHM exploration play district.  It observes both known fields and untested prospects with clarity and confidence as spectral “Hydrocarbon Lead Indicators" that can be considered versus existing conventional G&G field and prospect maps and patterns (“Conventional Lead Indicators”).

The emerging DHM patterns suggest more fields await discovery than might be “conventionally” expected and some fields have further undeveloped potential.  Accordingly, the CEB is less mature than commonly considered.

Scotforth’s December 2017 Technical Brief provided an opening DHM overview of the CEB with illustrative focus on the Western Flank Eromanga oil play sub-district of South Australia. This Brief now examines approximately 10% (100,000km2) of the Queensland part of the Eromanaga Basin.

Please feel free to download our brief to take a look at our analysis and our product offering in Queensland.